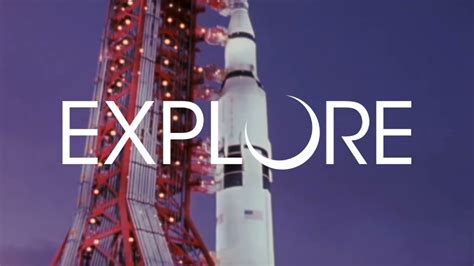 What Mysteries Can We Unlock From a Moon Rock? Find Out on ‘NASA Explorers’ Video Series – It’s not rockets and satellites that make NASA soar. It’s people. “NASA Explorers” is an award-winning video series that introduces viewers to the diversity of people and talents behind some of the most ambitious NASA missions.

On season 5 of NASA Explorers, “Artemis Generation,” you’ll meet the scientists and engineers who are studying Moon rocks, building space tools, working aboard NASA’s International Space Station, and training astronauts in preparation for landing humans on the Moon through NASA’s Artemis missions.
Episode 1: “We Are the Artemis Generation” (Release date: Wednesday, Sept. 21)

From hazardous kitchen experiments in Peru to adventures on the Louisiana Bayou, these explorers took varied paths to NASA. Now, they’re working to get us to the Moon, collect Moon rocks, & ensure that we can study them for years to come.  Watch here.

What mysteries about the origins of Earth, the Moon, and solar system can we unlock from a Moon rock?
Credits: NASA’s Goddard Space Flight Center

Getting ready to conduct science on the Moon, and to identify scientifically interesting surface features, takes a lot of practice. How is NASA preparing astronauts to think and act like geologists?
Episode 4: “The South Pole” (Wednesday, Oct. 12)

Why is the Moon’s South Pole an ideal location for exploration? And how will human missions to the South Pole region help answer lingering science questions and prepare NASA for missions to Mars?